Filmmaker Alexandra Pelosi visited Seattle and Tacoma in January 2011 to share her HBO documentary, “Homeless: The Motel Kids of Orange County”  (available at www.hbo.com and www.amazon.com, and via HBONow). 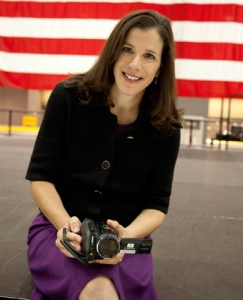 Ms. Pelosi screened the film for a group of 100 providers in Tacoma at the Grand Cinema, Jan. 20, then brought it to more than 400 film enthusiasts of SIFF Cinema that night.

The film remains one of the most compelling ever made about homelessness in our country. Ms. Pelosi had spent a summer living at the motel where many Orange County homeless families were living — in stark contrast to the fantasy world of Disneyland across the road, where some of the parents were working. Five years later, we’re still struck by the stories of children in the film. Highly recommended!

If this project motivated you to take action, please view, “What Can We Do?” to learn about ways you can make a difference.