An emotional video about a blind man begging — “Change Your Words, Change Your World,” with 27 million views on YouTube — is one example of powerful messaging that Dr. Tiffany Manuel shared at a convening of housing communicators July 24 at Seattle University.

The video tells the story of a blind man unsuccessfully begging for change, until a passerby intervenes and shifts his story. “DrT,” as she prefers to be called, asked for our observations on the before/after scenario in the film: What was different about the message that didn’t work, and the one that changed everything ? Our discussion uncovered some of the key elements of successful messaging: A positive approach. Shared experiences. Evoking empathy rather than sympathy. A call to action.

But too often, says DrT, our messages about housing and homelessness backfire. “Our single biggest failure is that we treat it like it’s a technical problem – like we only need more housing,” when in fact there are systemic and adaptive challenges, she said. 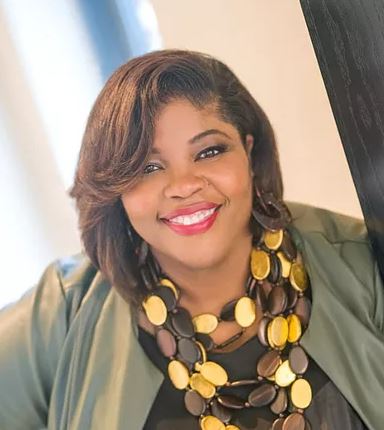 Forty-five communicators representing 37 different local housing and homelessness providers, advocacy organizations and funders attended the convening to hear this national expert on building inclusive communities. We also thank Philanthropy Northwest for their partnership on this and recruiting their members. While we hold smaller quarterly convenings with our advocacy partners, we were able to offer this expanded experience through the generosity of Katie Hong of the Raikes Foundation, who had invited DrT to Seattle for a foundation gathering.

Unlike the story in the video, we want to achieve more than collecting a few more coins for a person on the street. We want to change the narrative about homelessness and affordable housing in our region and help build a welcoming community of opportunity, with adequate housing, transportation, education, healthcare and more for the people who live here.

So let’s talk about what we heard from DrT.

In the 2017 report she co-wrote with Dr. Nat Kendall-Taylor of Frameworks Institute, “You Don’t Have To Live Here,” DrT had outlined ways our housing messaging backfires and 10 things we can do about it. “Backfire” happens, she said, when in the face of contradictory evidence, the opposition gets stronger and confidence in their position increases (aka confirmation bias).

She highlighted a few of the backfires for us, including the “mobility, personal responsibility and self-makingness narrative” – or, “just move somewhere else.” (See all of them in the paper.)

DrT said every housing market in the country is in crisis, and we must build public will to address it. One of the barriers, she noted, is that our culture is emphasizing hyper-individualism and backsliding toward inequality. She said that New York Times columnist David Brooks did some good writing on this recently in “A Nation of Weavers,” in which he described a new project of The Aspen Institute that aims to rebuild the social fabric.

The challenge to building public will about housing is that “people support affordable housing until you try to build it on their block,” she said. But there are solutions. She quoted Archbishop Desmond Tutu: “Don’t raise your voice, improve your argument.”

One way to get smarter on our housing messaging: crack a book about all the research on messaging, narrative and community building. DrT’s recommendations include “Dream Hoarders” by Richard Reeves; “The Hidden Brain” by Shankar Vedantam; and “Made to Stick” by Chip & Dan Heath. (The Heath book is what my former boss, Prof. Barry Mitzman, used for his messaging class here at SU.) Perhaps most relevant is her own book, “Backpacks, Backfires and Bedtime Stories: The Urgency to Fix Public Will and Fix What is Ailing America.” You can order it on the website for her company, TheCaseMade; or, if you’re one of the first two people to email me, our project will give you one as a gift.

To ensure our messages land effectively, DrT noted that first, we need to get people to slow their brains down and stop so they can process information, and that there are lots of ways to help people “lean forward.” Her 10 principles of casemaking include:

She suggested we consult her “The Case Made” website, which is full of resources to explain her principles of casemaking.

What It Means for The Local Picture

To drill deeper into these issues from a local perspective, we transitioned to a dialogue with DrT and three of our partners who have been working on messaging and narrative shaping: Eric Bronson of YWCA Seattle-King-Snohomish; Leah Haberman of Housing Development Consortium; and Jamala Henderson of Washington Low Income Housing Alliance.  They posed questions such as how to:

Some of her responses:

Nuggets from the audience Q&A:

Other examples DrT mentioned or expanded on:

After DrT had to zip to the airport for another engagement, we continued the discussion and talked about other resources.

I don’t think we talked about these in the convening, but here are a few more resources on narrative and messaging:

“The Story of Us”: Takeaways

We asked attendees to write down one takeaway before they left. Here’s a list of some of those reflections:

Thanks to everyone who participated in the Convening; to Katie Hong; to Kiran Ahuja of Philanthropy Northwest; to Eric, Jamala and Leah; and to DrT for sharing her brilliance and inspiration. We look forward to more work with partners on this important work.