Seattle voters: Learn more about our next Mayor and City Council members at candidate forums this fall. Be sure to ask the candidates about their housing and homelessness platforms!

Candidate Forums (Check back for updates) 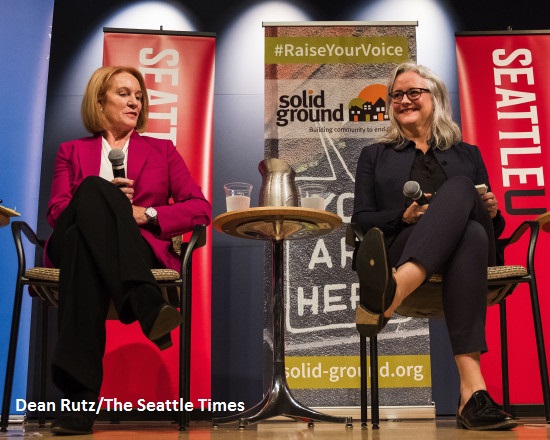 END_OF_DOCUMENT_TOKEN_TO_BE_REPLACED

To help Seattle voters make the important choice of how to vote for our next mayor, we’re partnering with Solid Ground, Housing Development Consortium and Seattle-King County Coalition on Homelessness on a 2017 voter education project.

Seattle voters: Still trying to decide who to vote for in the mayoral race? Here’s a list of some candidate forums (fora?) coming up before the Aug. 1 primary. Be sure to ask these candidates about their housing and homelessness platforms!

July 15 (Saturday) – CIRCC Mayoral Candidates Forum, hosted by Coalition of Immigrants Refugees and Communities of Color, at Eritrean Association of Greater Seattle, 10 a.m. – 3 p.m. No indication as of July 7 as to which candidates are attending.

Any others? Please send them to hinrichc@seattleu.edu. Thanks!