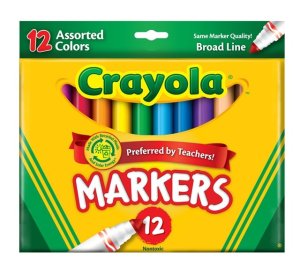 As a child I always loved buying new school supplies, and there was perhaps nothing better than a brand-new case of Crayola markers. Having worked in a first-grade classroom this past year, I have seen that students are still excited to have new supplies. But for families who can’t afford to buy supplies, local supply drives play an important role in the community.

Recently I had the opportunity to participate in Project Cool for Back to School, which gathers supplies and creates backpacks for local school-aged children who are homeless. Volunteers came together at Columbia City Church of Hope earlier this month to help assemble and pack backpacks full of school supplies and dental kits.

Presented by the Seattle/King County Coalition on Homelessness, Project Cool prepared more than 1,300 backpacks with the help of 130 volunteers over the course of five days. The backpacks will be distributed to nonprofit organizations in August, just in time to get them to students all over King County.

Behind the scenes of a major effort

When I first arrived, I signed in, created a nametag, and then was led downstairs to where all the supplies were set up. There were big signs clearly marking where each station was located, including a first-aid station and a table set with coffee and donuts; it was clear that Project Cool really appreciates their volunteers.

During introductions I learned that there were volunteers from differing backgrounds: staff from the Salvation Army, YWCA, YMCA, even students who are currently in the youth program at the YMCA. Regardless of whether this was our first or fifth year with Project Cool, we all arrived with the same intention of making sure that every student comes to class with school supplies.

After introductions, the 11 of us split into groups and set off to different stations. Some prepared dental kits, some took out the recycling, and others cut ribbon that would be used to mark backpacks ready for distribution. For the two hours that I was there, I removed the plastic encasing from the backpacks and took out the small silicone sanitary packs that were inside.

Volunteers had already done a tremendous amount of work in the previous shifts. They had organized the center of the basement, which was filled with supplies that had been sorted by category (pencils, paper, notebooks, etc.).  It’s incredible how much can be accomplished in just a few short hours. By the time my shift was over, the backpacks were ready to be filled.

A little bit of work can go a long way

I was once again reminded of the influence a small group of people can make within their community, a group of strangers at that. Although we exchanged few words with one another, we joined forces and worked to prepare these backpacks for distribution.

Projects like this play a very important role in the life of a child without a home. School may be the only stable place for a child while moving from shelter to shelter, or even while living on the streets. Providing them with school supplies helps create that sense of stability.

Further, the lack of supplies is an unnecessary burden on top of the stress a student experiences while being homeless. Getting that backpack is a relief for parents who are worried about not being able to afford school supplies for their children. Without supplies, it can be harder to complete work and stay focused.

The power of community

Seeing the amount of supplies in the basement was a very tangible reminder of just how many students are in need of basic school supplies.  Believe it or not, 1,364 backpacks is not enough to serve every child who’s homeless in King County!  More than 6,000 school-aged children in King County were reported as homeless in the 2012-2013 school year.

Every student should have the privilege of arriving to school with a backpack full of supplies. Volunteers at projects like Project Cool make that possible.

What You Can Do:

2 thoughts on “Project Cool: Supplying a Brighter Future for Children who are Homeless”